Thanks to our British correspondents for sending us this news clip of Euro Millions latest big winners.

Euro Millions, for all you Americans out there, is the equivalent of Mega Millions or Powerball. It’s played in six European countries and the drawing is every Friday night in Paris, France.

Point is, there are lotteries everywhere … and if you happen to be in London or Paris or Madrid…buy a Euro Millions ticket.

If you see someone looking incredibly smug in the next few days, this could be the reason.

The winner of last week’s £84.4million EuroMillions jackpot came forward on Sunday – but has decided to remain anonymous.

It is not even known whether they are a man, woman or a syndicate. 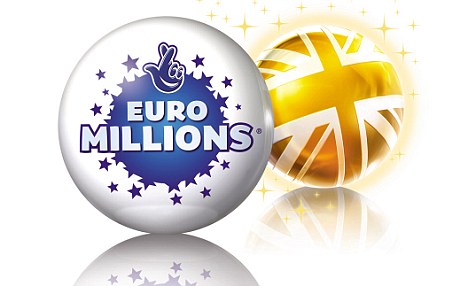 The £85million EuroMillions jackpot was won by someone, somewhere, in Britain

By choosing to keep their identity secret, the record-breaking winner is likely to avoid the pleas that inevitably flood in to those who declare their wins.

But with such an enormous sum of money suddenly coming into their lives, they might have trouble keeping the windfall quiet for long.

Their jackpot smashes the previous record for a UK winner set by Nigel Page, 43, and his girlfriend Justine Laycock, 41, from Cirencester, who won £56million in the EuroMillions draw in February.

Friday’s win will have made a single ticket holder the 789th richest person in Britain, according to the Sunday Times Rich List – on a par with pop star Robbie Williams and Rolling Stones drummer Charlie Watts.

It also makes them richer than former James Bond star Sir Sean Connery, who has £80m.

A spokesman for National Lottery operator Camelot said last night: ‘The lucky ticket holder(s) of this prize have taken the decision to remain anonymous and therefore no further details about this prize, or the location of where the winning ticket was purchased, will be revealed.’ 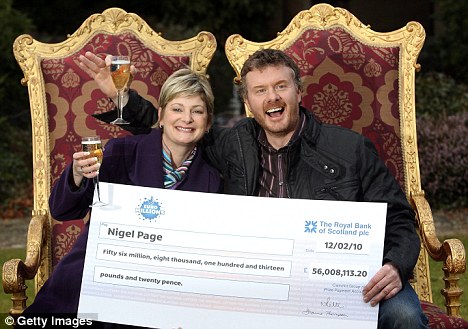 The win is the UK’s biggest ever jackpot win, beating Nigel Page and Justine Laycock’s £56million’s jackpot in February

Mark Dampier, of financial advisors Hargreaves Lansdown, also had some advice on keeping their identity secret.

He said: ‘The only way to keep it completely quiet would be not to give up your job, not to tell any relatives at all, and not to change your lifestyle. Parking a Ferrari outside your council house would be a giveaway.’

He said they should also bank at a branch far away from their home, to avoid a cashier spilling the beans.